Hamilton: Wait For It

Throughout the story, Aaron Burr’s character doesn’t get introduced much. His first appearance is when he meets Hamilton, and from then on, he just becomes a background character. This song is the first time we get to hear from his perspective. Before we get to know Burr well enough, it seems like he is the person who keeps holding Hamilton back. This is also why everyone believes he doesn’t take enough risks. Like the title of the song, “Wait For It”, Aaron Burr is a cautious man, who tends to consider all the aspects of a situation before jumping in. On the contrary, Hamilton isn’t afraid to say or do what he believes is taking a stand. This is another reason why Aaron Burr and Alexander Hamilton don’t get along very well. At this point along the storyline, Burr has finally reached his peak. This is where his story gets explained, and his emotions break loose. It is also very important for this song to be included in the musical because it acts as a catalyst to the duel between Hamilton and Burr later on. The information that is described within the song sort of creates a motif for his actions. 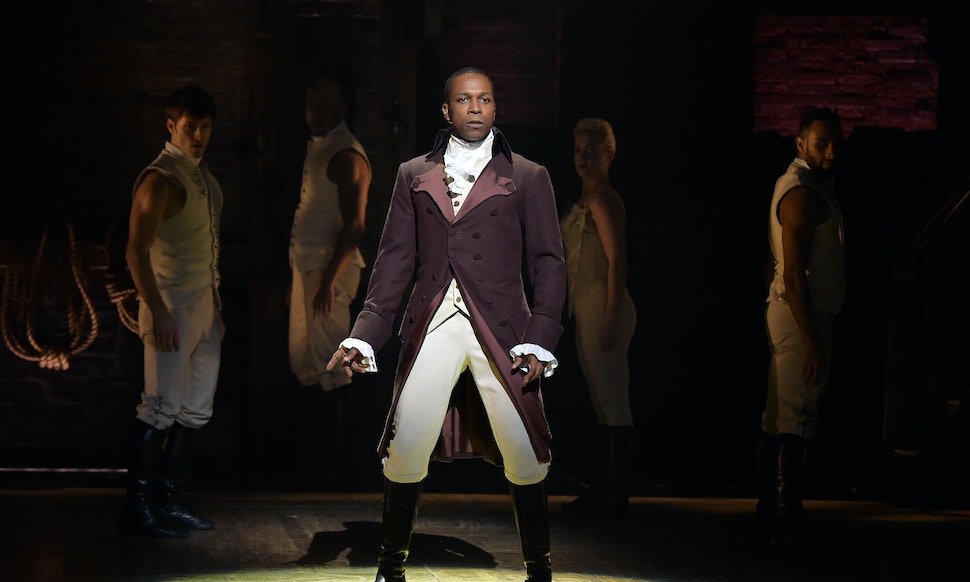 Aaron Burr is the only main character that is included in the song. He gives an overview of his family background, explaining his father’s accomplishments and his mother’s intelligence. He states that they left him a “legacy to protect”. That itself is quite a lot of pressure put on Burr, which could be a reason for his cautiousness. He wants love, friendship, and success; everything Hamilton has. Hamilton and his wife, Eliza, held a wonderful and celebratory wedding, while Aaron Burr must keep his relationship with Theodosia a secret because she is a married woman. He fears that everything he is waiting for will be taken away from him. The jealousy and rage that begins to grow inside of him makes him take actions that he could regret in the future.

B: Connections to Historical Elements

Social classes and rankings were very important during the period Aaron Burr lived. Since he was born in a higher-class family, getting education and being wealthy wasn’t to much of a challenge. The revolution was a huge event that was occurring, and it was also one of the reasons Aaron Burr realized that Hamilton’s achievements were much more impactful than his own. In his eyes, he had to fight harder than Hamilton for less success. The song “Wait For It” relates to the American Revolution because Aaron Burr plays a big role in Alexander Hamilton’s life (mainly as the person who killed him), but also for many other reasons. Hamilton is one of the founding fathers, and George Washington’s right-hand man, all of which make him quite an important character. Even though Burr was always the antagonist to Hamilton’s side of the story, he still helped a great deal. Without their first encounter, Hamilton would have never met Laurens, Lafayette, or Mulligan, who all ended up becoming his friend and encouraging his ideas.

The big idea from our Socials Curriculum that I found connected most to “Wait For It” is “Emerging ideas and ideologies profoundly influence societies and events”. I chose this big idea because we get to know Aaron Burr’s ideas, beliefs, and values. He believes in fate, and a reason behind everything. His thoughts are finally surfacing, and his side of the story gets told, which inevitably sets the stage for the climactic duel in the show when Burr’s anger reaches a breaking point, and he winds up shooting and killing Hamilton in a duel. All of this greatly impacts and influences the society, which is why this big idea fits the song most.

Personally, I love the chorus to this song. It holds a certain significance, almost philosophical, that makes me connect and relate to it. I find it intriguing how much I can understand Burr’s feelings in the lyrics. In addition to this, the verse that’s specifically about Hamilton really resonated with me because you can clearly hear Burr’s anger building up at the end, and so it plays a big part in the plot of the entire story. The line “We rise, and we fall, and we break, and we make our mistakes” sticks with me the most, because I agree with the statement. There are many ways people can relate to this song. Therefore, the entire song “Wait For It” is one that is special to me and will be remembered.

“And he keeps winning anyway

He changes the game

He plays, and he raises the stakes”

This line is important to the song and the overall story because here Burr is talking about Hamilton. He gets frustrated at how succeeding is so simple for Hamilton, yet so difficult for himself. Hamilton changes everything and everyone around him because of his ideas. He is unafraid to say his thoughts, unlike Aaron Burr, who rarely speaks up.

“And if there’s a reason I’m still alive

When so many have died”

Aaron Burr seems to believe in destiny, and a reason behind every event. Since the dying rate was quite high back in that time, it was considered a miracle that he was still alive. All his family members have passed away, and so he trusts that he must be alive for a reason, and that something is meant for him to accomplish.

“I’m willing to wait for it”

This iconic line is what I think the most essential line within the song. Like I mentioned many times before, Aaron Burr is usually a calm and patient person. He tends to keep himself out of any trouble, which is quite the opposite of Hamilton and his friends. Burr’s motto, “Talk less, smile more”, is what we can see him following for most of the story. However, in this song, he reaches his climax so we can finally hear everything he has been keeping to himself all this time while Hamilton was thriving.

These widgets are displayed because you haven't added any widgets of your own yet. You can do so at Appearance > Widgets in the WordPress settings.

Theme by Anders Noren — Up ↑